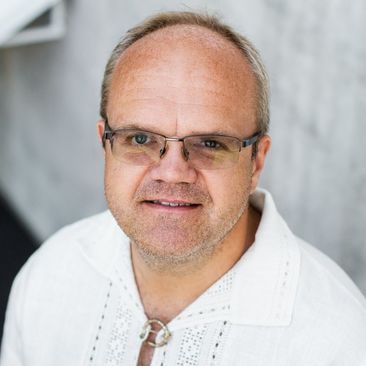 Māris Sirmais is one of Latvia’s most significant conductors, a charismatic leader and a driving force in Latvian choral music. Under his more than 20 years of leadership, the State Choir LATVIJA has become one of Europe’s most well-known choirs. Sirmais has conducted concerts at the Elbphilharmonie, Hamburg; Koerner Hall, Toronto; the Tchaikovsky Concert Hall, Moscow; Lincoln Center, New York; the Tonhalle, Zürich; the Vaslav Nijinsky Auditorium, Nantes; Stavanger Concert Hall; the Mecklenburg-Vorpommern Festival; the Schleswig-Holstein Musik Festival; the Lockenhaus Festival; and others. He has collaborated closely with violinist Gidon Kremer, conductor Mariss Jansons, organist Iveta Apkalna, violist Maxim Rysanov, composers Giya Kancheli and Rodion Shchedrin, and many other world-class musicians and composers from around the world. Sirmais has conducted concerts with the Berlin Radio Choir, the MDR Leipzig Radio Choir, the Netherlands Chamber Choir and Netherlands Children’s Choir, Singapore’s ONE Chamber Choir, Šiauliai’s Polifonija, and other choirs worldwide. Sirmais performs regularly with almost all of Latvia’s professional orchestras, and has conducted ensembles such as Kremerata Baltica, Moscow’s Musica Viva Chamber Orchestra, Umeå Symphony Orchestra, Helsinki Strings, the Evgeny Svetlanov State Academic Symphony Orchestra of Russia and others.

Sirmais was also the creator of the most vibrant symbols of Latvian choral culture, Youth Choir Kamēr…, for which he was Head Conductor from its founding in 1990 to 2012. He is also an active participant in the Song Festival amateur choir movement. Since 1998, he has been a Song Festival Chief Conductor, and he was the Artistic Director for the 2008 Song Festival Gala Concert. Sirmais teaches choral conducting at the Jāzeps Vītols Latvian Academy of Music and sits on the juries of several international choral and choral conducting competitions. He also gives popular masterclasses.

Vocal-instrumental pieces and music by Latvian composers play a large role in Sirmais’ concert programmes. He has conducted such pieces as Poulenc’s Gloria and Stabat Mater, Pärt’s Credo and Te Deum, Kancheli’s Styx, Honneger’s A Christmas Cantata and Joan of Arc at the Stake, Tavener’s Svyati, Bernstein’s Chichester Psalms, John Adams’ Harmonium, Taneyev’s John of Damascus, Stravinsky’s Symphony of Psalms and many others. He actively commissions new pieces from Latvian composers and is a promoter of new choral music. Many pieces premiered by Sirmais have gone on to become choral classics sung by choirs worldwide. Sirmais has close, years-long professional relationships with composers Pēteris Vasks, Ēriks Ešenvalds, Rihards Dubra, Raimonds Tiguls and Raimonds Pauls. In anticipation of Latvia’s Centenary in 2018, the Latvian Composers for Latvia’s Centenary project, which was initiated by Sirmais, commissioned new pieces by more than 77 composers. Over three years and five concerts, the State Choir LATVIJA conducted by Sirmais premiered a vibrant array of new choral works, culminating in a grand finale concert on May 4th, 2018. In honour of this event, publisher Musica Baltica released a collection of these pieces.

Sirmais is a Bearer of the Order of the Three Stars, an honorary member of the Latvian Academy of Sciences, and the recipient of many titles and awards for his achievements in culture and for promoting the name of Latvia overseas.